This entry was posted on April 28, 2017 by Blast Kiteboarding.

On the 24th April we had the great pleasure in getting to not only demo the very latest foil from Shinn Kiteboarding but also have the man himself (2 x World Champ) here to both show it off on the water but also to explain the principles of the thing. We also had the UK distributer for both Shinn and Airush here and believe me he was as keen as me to try the Jackson out...it really is a big thing! 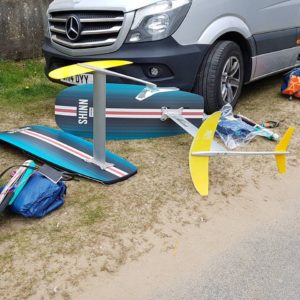 So after a few exchanges of small talk we got down to the task ahead and got kitted up. I took the all new 9m Airush Ultra's (man it is so small and light when packed up - and was also a revelation in the sky, particularly with the foil board) 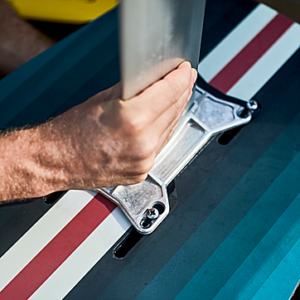 I grabbed the P Foil as this is the wing we believe will shake up the whole foil world as we know it.

For too long the high end brands have been pushing the whole sexy sleek carbon wonders, sweet to look at but a bitch to learn with. yes they look sexy, yes they are super light weight but this comes at a cost both in $ but also in general user ability and also durability. 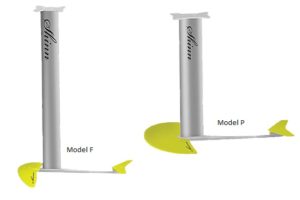 The Jackson sits firmly in the "friendly" perimeter of this discipline however don't pigeon hole it as simply a beginner board that you will grow out of in just a few short months...you won't. 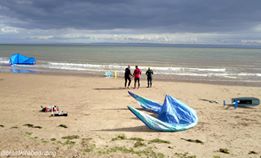 The Jackson is obviously not as light as a full carbon set up but it is way lighter than most alu mast foils including the current El Stubbo.

As soon I dived the kite I was up, instant! So instant it took me by surprise and as quick as I was up I was back down...but relatively gently. Once I'd found the balance spot which is super easy on this I was off. I instantly felt comfortable and really inspired to push to advance my beginner/intermediate level.

I really cannot wait to get one for our demo fleet so I can push my strapless/tacking etc.

After the session we sat in Mikes van and chatted over a beer about just how crazy this new foil is, how it will hopefully change foiling for the better. 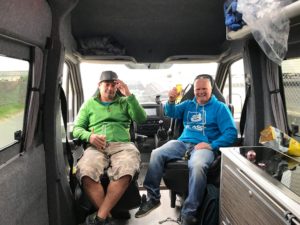 Later in the week Mike has reported that our initial response to the Jackson had been repeated where ever they had demoed it...here's a few responses.

- "Oh great" said one foil expert, rather sarcastically, "now any rider is going to be able to foil"
and
- "I feel like I have just wasted a year trying to learn on a traditional foil"

My initial feedback was that It's floaty, but not so floaty like the Moses (harder to initiate strapless), when it touches down it bounces right back up. It gets up extremely early and in next to no speed at all, very inspiring. 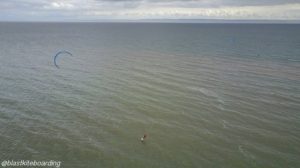 With this type of purchase it really is so so important to get the correct board as many if not most out there will be simply waisting there money and it will inevitably end up being sat in the back of most peoples cars after a while.

With this setup the humiliation of learning to foil is all but removed.

I can honestly recommend this foil, I was truly gobsmacked when i took it out so much so I don't really want to use our current ones now lol
I know the Bridge family (multiple world foil champs) and the Kiteworld tester Neal Gent were out on the P foil later in the week also and gave pretty much the same response as me.

Shinn had a newbie guy in Kenya with them recently who could barely kite up wind, he took the P foil out and within an hour he was riding both ways comfortably upwind....it really is that much easier than what we were learning on.

Think depowerable bridled kites compared to C's, this is looking to be a similar story!

The only negative is the wing doesn't look that sexy compared to the full on race wings, but the up side is you'll learn so fast without all the pain that is the norm but then you can work on your transitions or strapless etc

I should also mention that when on the board it feels kinda like your "in it" rather than precariously stood on top, it feels way more balanced/stable even at speed. The rails are chimed both on the top and bottom which gives it this feature, it also helps with the inevitable touch downs.

So....my recommendation..... the one to go for is 100% the 145cm and the 90cm mast (we all agreed the short mast is still too on off for many but the market is dictating the need to offer them at least)

I am well aware that I am gushing over this foil but I genuinely believe Shinn has stumbled on a real winner here.

Stock is due in the next couple of weeks so if your deffo interested I'd get an order in pronto, I'm doing the same!

A quick edit of our demo