This entry was posted on April 18, 2019 by Blast Kiteboarding.

We've had a pretty damn start to this years season so far. Just when it's warming up enough to kick start the lessons the winds have either been non existent or offshore, typical! 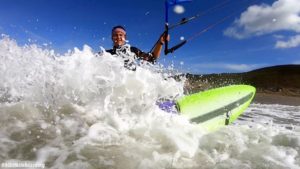 We've managed the odd session (with a little bit of driving) and scored the odd sweet session but tbh these have been very few and far between.

However the time out has been well used!

I bought a new custom longboard surfboard from The Williams Longboard Company here in S.Wales and wow what a difference it has made. Such an easy glide into the waves and super loose on the wave too!

We have also dipped our toes into the world of canicross (running with dogs) with our two scruffy rescue mongrels. How cool is it when you try something new..we and obviously more importantly the dogs have been loving this. We have also been taking them out with us on the MTB's which they love just as much again. 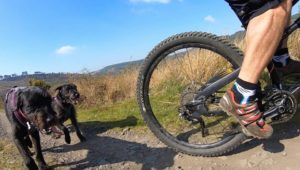 Last week we drove three hours to see a rescue German Short Haired Pointer at a rescue centre in Telford. We introduced our two hooligans to the Pointer (Cherry) who has already been doing some canicross with a local club, they got on fantastic but we for some weird reason were not 100% sure...so we went and looked around the rescue centre and came across Bonnie, a black scruffy dog from a kill shelter in Spain, introduced her to our two in the paddock at the centre and they were immediately like family together.

We drove back with three black scruffy dogs. 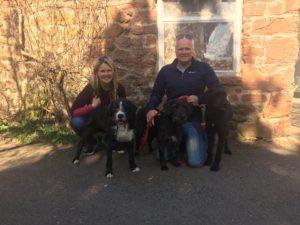 Three days later we went to a local Canicross race, (hosted by South Wales Canicross) where a friend lent us a harness for our new girl (now Indie) so few minutes later there I am on the start line with a dog that I had no idea how sh'd do, she'd never had a harness on before, didn't know a single simple command and was obviously in awe of the whole situation. Anyway, the whistle sounded and we were off, she took to it like a duck to water and pulled for the first 3km at least, she def tired the last km or so but this was only to be expected given she'd spent the last year at least caged in a rescue kennel. Sarah ran with Reo & Lacey and they did amazingly well too. 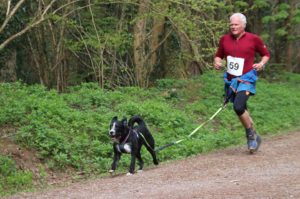 We've met so many new "friends" at the two events we've so far attended...and can't wait for the next one. The whole scene at these races is all about "fun" ...fun for both the dogs and the humans too. and we certainly had fun!

Anyways, my point in this long ramble is....it's sometimes good to make the most of a break from your chosen sport/hobby and try something new. It's good to have other activities to fall back on when there is no wind

Short video of the past week or so here: 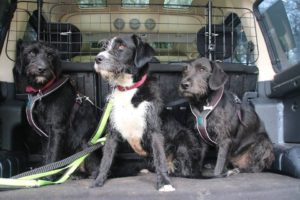