This entry was posted on March 24, 2015 by Blast Kiteboarding.

The last month or two the winds here have been errm lacking to say the very least. There was a slight chance of wind for us today and early am it was showing 20mph so a few of us met at Rest Bay as hopeful as ever.

Then the rain came, followed by the wind dropping right off a cliff edge!
Damn!

We sat in the Blast Bus and chatted for what was probably an hour or two, repeatedly checking the wind, eventually we walked down onto the beach to get a better idea as it was slightly harder to tell up in the car park as it was cross shore. 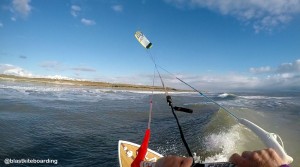 Alex and I were keen to got straight on it, as we walked down ready to pump up it was now really blowing hard (weather station showed it as 30mph later when I checked) Anyway as soon as we'd pumped up our 9m's the wind quickly disappeared as quick as it had arrived!

We decided to launch the kites anyway just to see if we could remember how to fly them, we still have the CrazyFly Tango here on demo so I was keen to try this too. 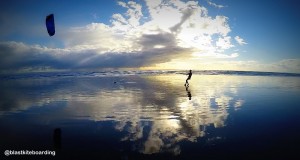 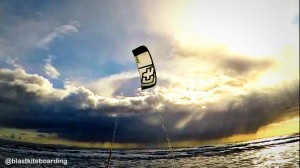 We both eventually got in the water and attempted to kite but to be honest it was barely enough wind but I did manage a nice few smacks of some small waves and the sun came out so not such a bad time! Now we can't wait for some proper wind, hopefully very soon! 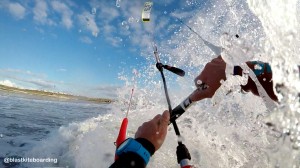 This entry was posted in Kitesurfing and tagged kitesurf, crazyfly, tango, epic, renegade on March 24, 2015 by Blast Kiteboarding. ← Previous Post Next Post →