I thought I'd share some info from within the trade regards these two brands, both of which have been pushing hard in certain areas like foil etc

Shinn K2
The K2 Lands, and why so good?
It's here and on the shelf. (Blast have a demo setup for anyone interested) The production wing was on the water almost constantly at the Armada and praise for it is universal. What comes back is a tale of manners, ease, stability and efficiency but above all it's unrivalled ability to maintain it's stance weighting from slow speed through to top speed.

Time to engage tech mode now, (video version in the image below) so forgive me if this is a bit wordy, but it's essential to know how and why this foil is so good..
http://www.youtube.com/watch?v=eMZfU2XE6fo

This even stance weighting from super slow to super fast is the biggest coup with the K2 design. All foils have a magic zone - a sweet spot if you will - the speeds at which proportional front and rear leg loading is more or less equal, leaving the rider with plenty of capacity capacity to add or remove front foot pressure as required to trim the foil. Modulating this stance is key to mastering and ultimately, retaining control.
When you take any given foil out of this comfort zone then front leg loading ramps up as you try to manage the excessive lift developed. The more pressure you put on your front leg the less feel you have and the less reserve pressure you have to modulate your pitch. If the lack of control doesn't get your first then the ever increasing lift will, and there ends your run. 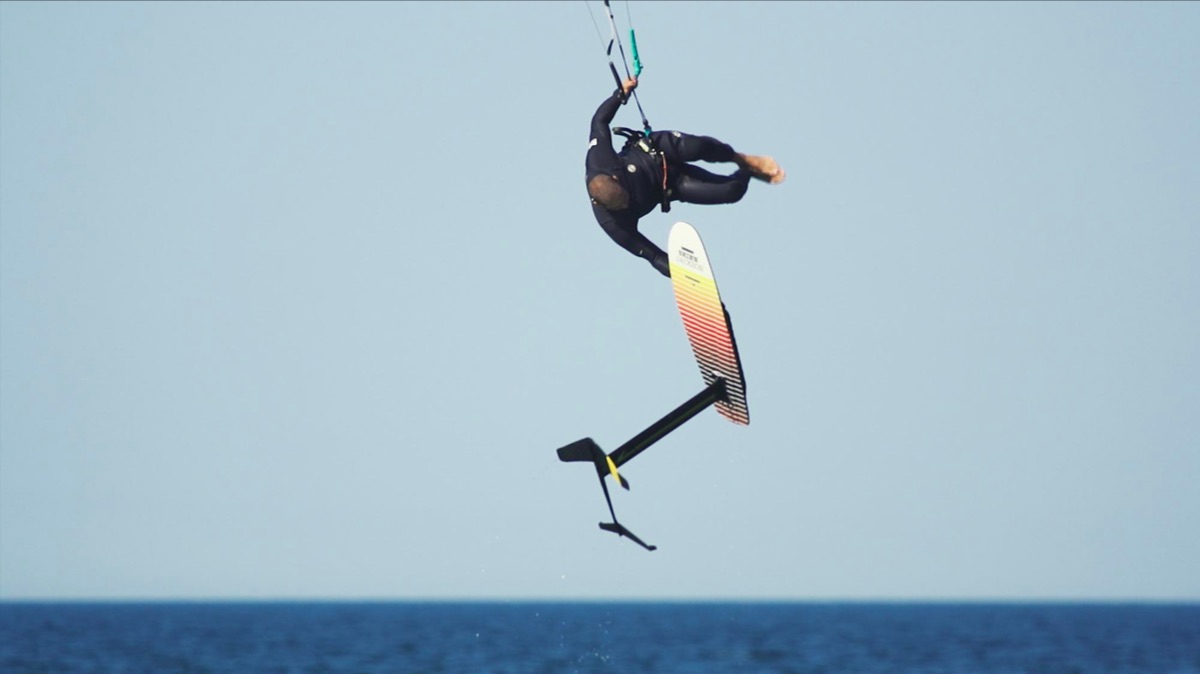 The K2 has an uncanny ability not to ramp up front leg pressure as the speed of the foil rises. The pitch control is inherently stable, but the goldilocks zone is the entire speed range of the foil. You simply don't have an exponential rise in front leg pressure as the speed builds - this is UNIQUE so far. The front wing itself is big - 866 cm2 and so it's low speed lift is impressive, going earlier than the K wing, but the top end.. well, sufficed to say that we push it's top speed record up on gps every month. We are up at race foil levels now - in the 60+ kmh zone. It's made all small wings obsolete overnight..

For those of you who have existing shinn foils, the K2 wing set will just plug straight in, though it's best with the new stiffer fuselage..

This is really a big deal folks. For the recreational intermediate onwards it's a revolution equal to the day the P wing hit the market.. genuinely. If you are looking for the next foil past the P wing - easy! There is no other choice...


Ultra Shines
As the season marches on so Ultra sales continue to build. Amplified with rider feedback and glowing test reports this is a very important product for the industry. (Blast has both a 9m and 12m Ultra V2 for demo -amazing lightwind kites but also great allround too)
There are two tests out on it this week - one from Tkb and one from iKsurf. Both are excellent, placing the kite at the top of the tree in the lightweight kite category. It's not the cheapest kite on the market, but people tell me that, if found, a second hand one commands quite the premium. The sign of a cutting edge product indeed. The Ultra is not only a gift for those learning to foil, but experts also value the efficiency, range, agility and flight characteristics too. Link to the full tests in the green titles below.

IkSurf; "The 2019 Airush Ultra V2 was brilliant, for foiling with a LEI it’s up there at the top, for me. I personally think it stands out most in this discipline, however it does fly very well in a variety of conditions, suiting anything from beginners through to strapless wave riding and some freeriding. The build quality is going to let this kite see many a session and the technology put into the kite give it some seriously great flying characteristics."

Tkb; "Nailed it! Yes they did, with this second version of Airush’s single strut medium aspect foil/freeride kite with sweptback wingtips. Tester’s praise for this kite was universal for its lightweight, drifting and turning performance that was described as a ‘delight’ to fly."

WAVE
The new Wave kite is the biggest news - The first of a new style of graphic for the 2020 range - bold, simple, clean and very attractive. This V9 range is an evolution of the shape that has been championed by so many riders over the last few seasons. Super strong, light and reactive, it has the perfect manners for ripping up the shoulders with full trust and control. 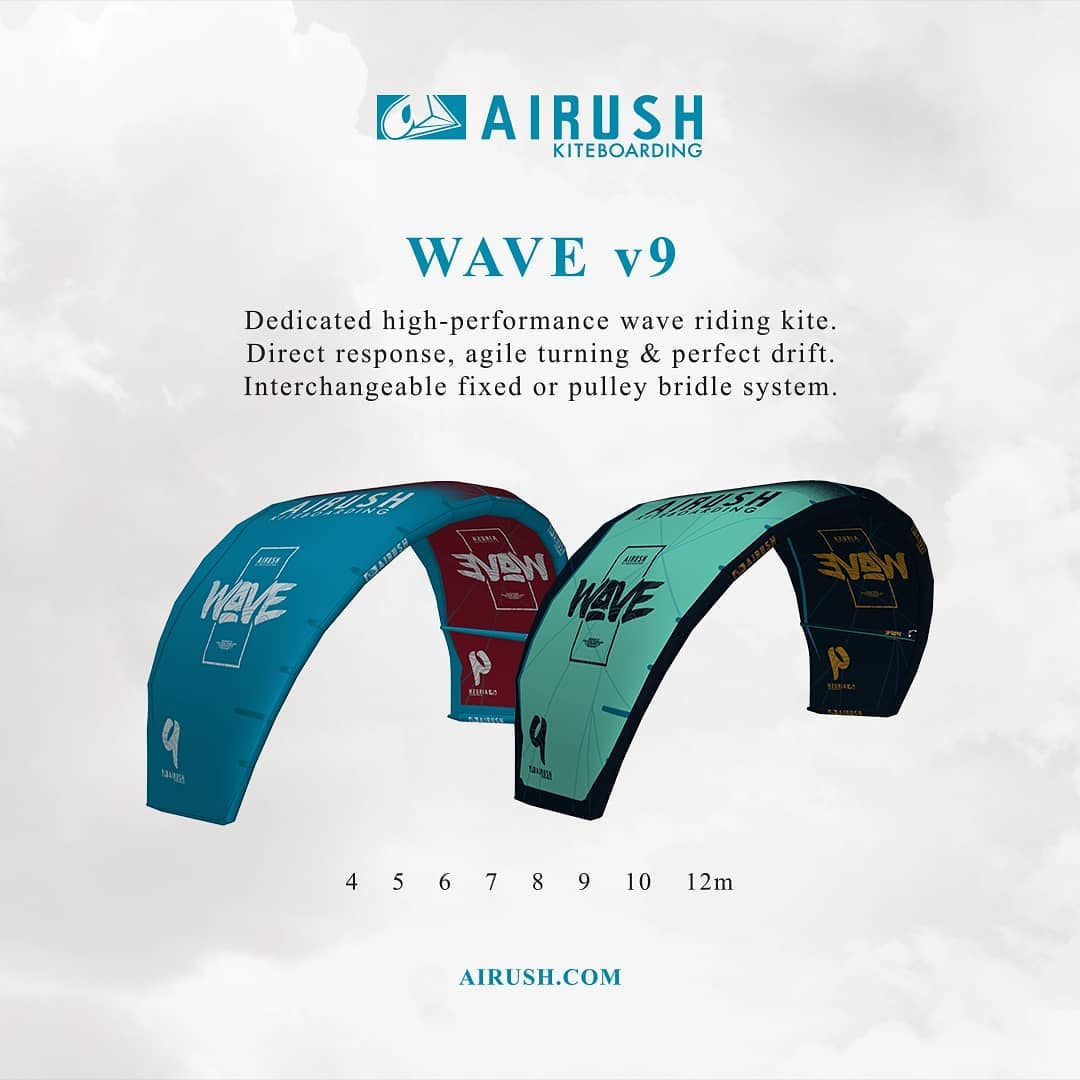 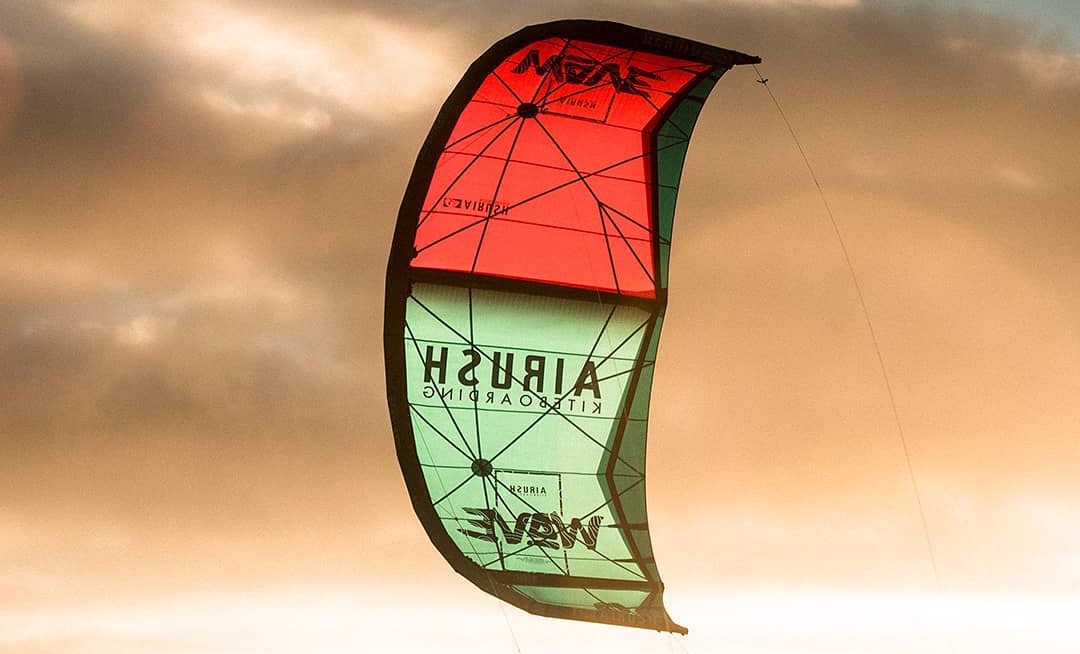 Union IV iK Surf test
Another very solid test for the Union IV 12m. It's the bigger kite in the range, but again sees praise piled high for it's performance nature with stability, feedback and manners. Sales of this model continue to grow, and we have great confidence in it's future.

"Compared with previous years, the Union V4 likes to fly further forward in the window, which not only makes for effortless upwind riding but also is a huge improvement when it comes to unhooked freestyle."

"Throwing a loop into your boosts opens up another realm of fun, the Union V4 produces a quick loop with a real drive on its way back up, and we felt confident enough to continue to throw loops as the wind increased thanks to the encouraging nature of the kite."

Users browsing this forum: No registered users and 6 guests